Tatau: A History of Samoan Tattooing 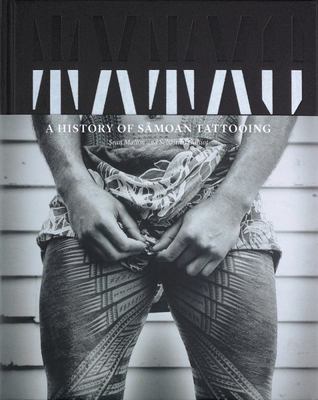 Tatau: A History of Samoan Tattooing

The Sāmoan Islands are virtually unique in that tattooing has been continuously practised with indigenous techniques: the design of the full male tattoo, the pe'a, has evolved in subtle ways since the nineteenth century, but remains as elaborate, meaningful and powerful as it ever was. This richly illustrated cultural history is the first publication to examine 3000 years of Sāmoan tatau. Through a chronology vivid with people, encounters and events, it describes how Sāmoan tattooing has been shaped by local and external forces over many centuries. It argues that Sāmoan tatau has a long history of relevance both within and beyond Sāmoa, and a more complicated history than is currently presented in the literature.

SEAN MALLON is of Samoan and Irish descent and is Senior Curator Pacific Cultures at the Museum of New Zealand Te Papa Tongarewa. He is the author of Samoan Art and Artists (2002) and co-edited Pacific Art Niu Sila: The Pacific dimension of contemporary New Zealand arts (2002) Tatau: Samoan tattoo, New Zealand art, global culture (2010) and Tangata o le Moana: the story of New Zealand and the people of the Pacific (2012). His exhibitions include Paperskin: the art of tapa cloth (with Maud Page) (2009); Tangata o le Moana (2007), Voyagers: discovering the Pacific and Tatau/Tattoo (2002). He has been a council member of The Polynesian Society since 2008. SEBASTIEN GALLIOTT studied ethnology at the University of Provence and EHESS (Paris), France's foremost research school in social sciences. His research focuses on Samoan traditional tattooing and the contemporary practice of this ritual. Since 2001, he has made several visits to Samoa, Tonga and Fiji in order to do field research. His articles include "Samoan tattoos leave indelible global imprint", Voices: Unesco in Asia and the Pacific, 27 July- September 2011, pp. 10-11. Sebastien is also a self-taught photographer and filmmaker. During a one-year residence in Samoa in 2005, he took hundreds of pictures and hours of film and exhibited a selection of those photographs in France (Marseille, Correns). He has given guest lectures on tattooing at Te Papa and at conferences in Samoa and Europe.